The most exotic part of Russia, which preserved primeval wild life – Kamchatka. For those who are fond of active rest it has a very bright and vivid importance: these are breathtaking views, new meetings, unusual feelings and astonishing events. The time flies unnoticed, every minute you are discovering the world of nature, sounds and colors, life of birds and plants.
Travelling in the rhythm of active rest is open to everybody, irrespective of the age and health. This is a unique possibility for getting free from vital concerns in a place which is far from the dust and hustle and bustle of big cities.

Advantages of the program:

Volcano Karymski is situated in the central part of the Eastern volcanic belt of Kamchatka. This is a typical strato volcano represented by a regular cone with an absolute height of 1536 м. At present volcano Karymski is referred to one of the most active volcanoes in the world. There were 20 eruptions during 215 years. And now the volcano is at the stage of new volcanic cycle activation. The last eruption of the volcano started on January 2, 1996 and is continued until now. Grandiose ash and gas explosions take place every 5-15 minutes; ashes and gas rise to the height of 300 -1000 м above volcano’s crater of eruption.

Volcano Maly Semyachick belongs to the Karymski group of volcanoes and is situated in 15 km to the north-east of Karymski volcano and in 20 km to the west of Kronotsky bay. At present an interest to volcano Maly Semyachick is first of all related to its acidic lake in an active Troitsky crater. Diameter of the lake is about 500-600 м; its maximum depth in different years varied within 117-140 meters. In the center of the lake there is a griffon, associated with the flow of volcanic gas rising from its bottom.

The Valley of Geysers is a unique natural object. It is situated in Kronotsky reserve in a wide clove along which Geysernaya river flows. Here at the distance of 6 km one can watch all known forms of hydro-thermal activity, including permanently functioning and pulsating boiling springs, hot lakes, mud tanks and small volcanoes, steam stream, heated sites and, of course, geysers. The biggest geyser “Giant” (Velican) has a size of griffon 3 х 1.5 м; during eruption a water column of the height of 30 m is rising. The Valley of Geysers is very picturesque, colored clays are gleaming in the light, fanciful geyserite structures, thermophilic algae and grasses create rich colored mosaics.

The Russian bay is going deeply into the shore; it is a narrow strip with blue waters with steep hill slopes coming down to the water; the Russian (Russkaya) bay had itelmen name Ahomten until 1952. In the ХХ century up to the end of the 30th the bay was used for temporary parking of ships during conditions unfavorable for swimming. The ships also replenished a fresh water capacity there. As seamen say this water could be stored fr a long time and preserved its properties. Nowadays this bay is considered to be one of the most picturesque places near Petropavlovsk – Kamchatsky.

Кurilsky lake is one of the most beautiful places on the Earth. According to its size the lake is the second largest from the fresh water lakes of Kamchatka. One river Ozernaya flows from the lake, which connects it to Okhotsk sea and is feeding it with life. The great spawning migration which lasts from July till February gathers to its shores a huge number of animals and birds, willing to taste fish: bears, sea eagles, foxes, swallows, ducks, swans and many others.

Tourists have to pay attention to a personal outfit (cloths and footwear), because at some parts of the routes and on volcanic plateaus snow can stay during all summer period and in case of bad weather the air temperature can drop at the altitude above 1000m. 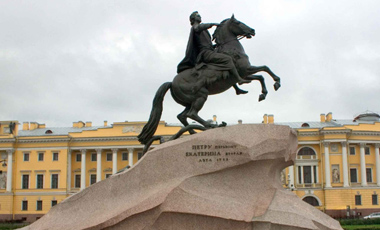 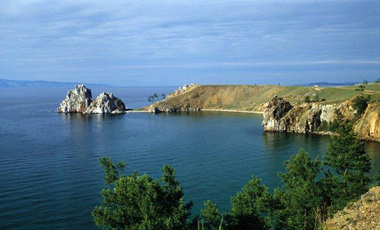 from 2 110 USD
MORE
Baikal | Getting acquainted with Baikal 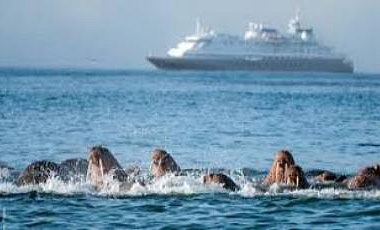