Driven shooting for a wild boar is more difficult than for other animals. The thing is that a boar is absolutely not afraid of drovers. If an elk, fox and even a wolf are afraid of the people walking in the forest and are running from them (straight to the shooters standing at numbers) but the boar is not. It will stand not moving. Аnd if it decides to go then it leaves along its own (and not indicated by drovers) route – along its own so called boarish paths. That is why a great tenacity and “iron” firmness is required from hunters in such hunting.

Drive shooting for a wild boar is considered to be one of the most adventurous and not simple. A boar is a very careful animal (it can be frightened away by anything: crump of branches, lotion, perfumes; not speaking of shooting) and very dangerous and strong. In order to get a boar by driven shooting a well adjusted work of the whole team of hunters is required.

In driven shooting the hunters are divided into two teams: drovers (they go to the forest and drive out an animal from there) and shooters (they take a place on numbers and are waiting for the animal to run at them). Taking into account the terrain and the character of boar’s behavior a game keeper arranges a chain of drovers and puts shooters at the numbers. When shooters and drovers are placed at numbers, the hunting is started according to the command. The drovers leave their places and move into the forest, speaking loudly and yelling back and forth. The aim of such noisy behavior of drovers – a boar should hear them, smell them out and run away from them along boarish paths, where the shooters are waiting for it already.

Boar hunting from the hide

Time of hunting: 05:00 tо 08:00 /from 18:00 tо 21:00
This method is used by hunters everywhere, where boars can be met. They are watched out for in feeding grounds, sometimes on the paths leading to them, as well as near wallows and/or stagnant basins where boars are bathing.
Such places are found in advance. Then a most convenient place for hiding is determined. The place of hunting is occupied an hour – an hour and a half before sunset and are waiting listening to the sounds. An approaching of boars can be judged by the snap of twigs and the noise produced by them while moving. Before going into the field the animals stop and are listening and sniffing, sucking in the air loudly. A hunter should be very careful during this time not to show his presence. Not finding anything the boars go to the field. At this time it is possible to shoot the target.
Equipment and weapons:

Time of hunting: from 09:00 tо 17:00
Driven shooting for elk is one of the most venturous and exciting. Hunting is carried out by a group, which participants are subdivided into three subgroups: «shooters», «screamers» and «taciturn persons». The period of hunting autumn-winter, when it is possible to find a migrating elk after snowfall. The task of «shooters is shooting an elk that came out. On the side opposite to the shooters located is a group of screamers, who create noise and are driving out the animal for shooting, аnd taciturn persons are located at the flanges of the territory determined for hunting – they should interfere with the animals going away from the place of shooting by frightening movements.

Time of hunting: 05:00 tо 08:00 /from 19:00 tо 22:00
Hunting for elk during the heat, a so called vabu hunt, requires a great patience and skill from a hunter. This hunting is very exciting, but it is rather dangerous. It requires good physical training for covering from 2 to 6 km per morning or evening.
Approximately a weak before heat and elk starts to moan and call for a doe. At that they come out to open areas – boarders of swamps, river banks. By the beginning of heat, the elks already have formed horns – front eye branches – «tusks». The males become more active and moving.
A male follows a doe by the sound – «snoring» or chuckling and by trail. During heat the males loose senses: break trees, pull away bushes, have battles with other males. The winner stays with a doe, and weaker ones wander nearby the couple. From time to time the winner beats off the males which came closer. The male elk follows the doe moaning from time to time.
1-2 game keepers accompany each hunter during hunting. The game keeper defrauds the elk to the hunter to a shooting distance, imitating the sounds produced by the male elk or doe. The hunter shoots from a distance from 10 to 150 meters.

During crossing dates it is possible to hunt different animals, for example elk and boar, feather game and elk, etc. (depending on the hunter’s skills. 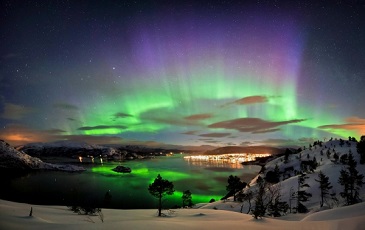 from 1 300 USD
MORE
The deerest weekend 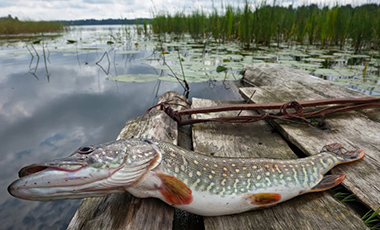 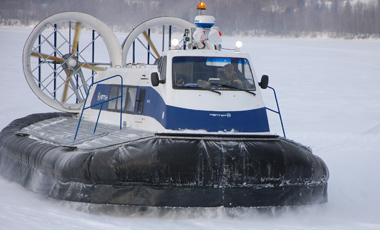