Of interest is variable tatar national cuisine, which was developing not only on the basis of its ethnical traditions. Cuisines of neighboring peoples influenced it very much.

Numerous travelers who visited Kazan called the national cuisine satisfying and tasty, simple and exquisite; they were impressed by the variety and rare combination of products, as well as hospitality which one remembers for a long time. According to an ancient tatar custom a festive tables cloth was put on the table in honor of the guest and the best food was put on the table – sweet chack-chack, sherbet, honey, and of course, fragrant tea. Hospitality was highly esteemed in the East always. Muslims thought that inhospitable person is not full featured. The guests were not only having meals but also received presents. According to the tradition the gust responded in the same way. They used to say “kunak ashy – kara karshi”, which means that guest treatment is mutual. 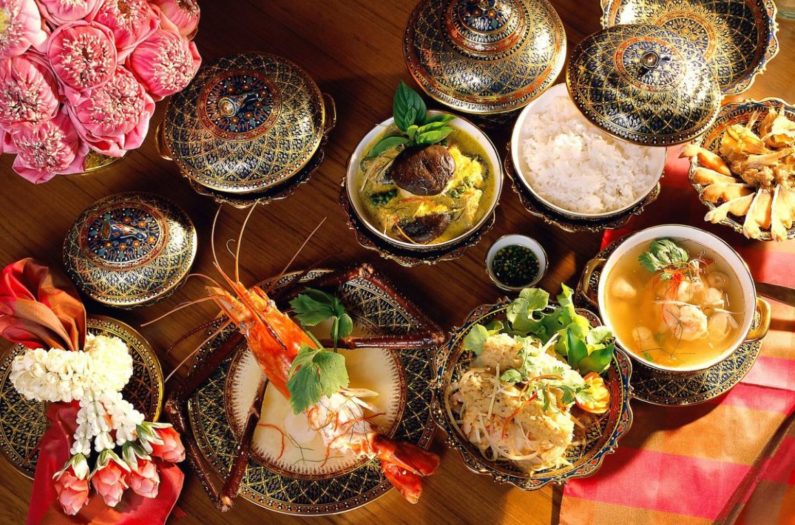 Hospitality was considered one of the main virtues already by Bulghars.

From the whole of the variety of dishes the most characteristic are, first, soups and bullions (shulpa, tokmach) of meat, milk and vegetarian. Second, tatars are fond of flour bake – belyash, peremyach, bekken, ech-pochmac, sumsa and others with meat, potatoes and porridge filling. Third, availability of tea serving –soul of the family, as tatars say – pointing out its importance in the table ritual. Tea with bake sometimes substitute’s breakfast or supper, tea is an obligatory attribute when meeting a guest. Historian N.Vorobiev writes: The most wild spread beverage of tatars of all classes is tea, which they drink a lot and more often than neighboring peoples. Tea was praised in folk fairy tales – bantas. Allah has many various tasty meals in this world but no one can be compared with tea – this main medicine. So many valuable and curative properties cannot be found with other products: hungry are turned into satiated; old and ill – into young. 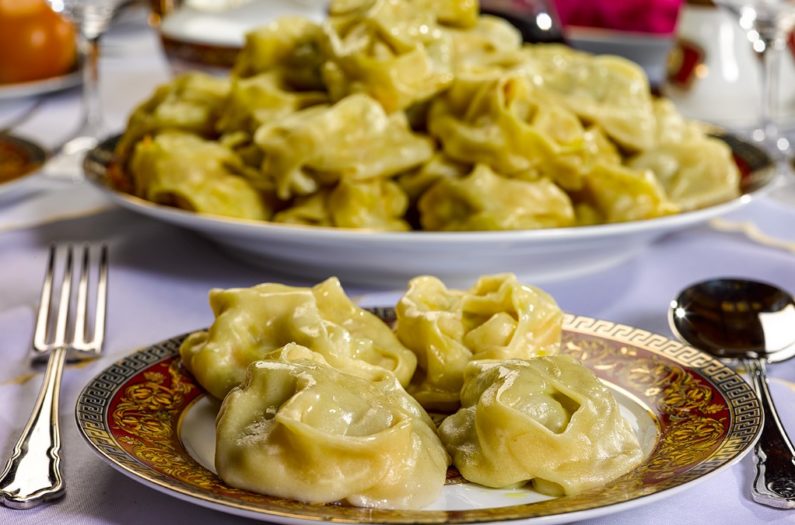 To tea served were cheer from sweet dough: katlama, kot-tele, chak-chak — obligatory cheer at a wedding, which was brought by a bride, as well as her parents. They drank honey to tea. An obligatory cheer at child birth — pure-alba, wedding cheer — bal-mai, were made of it. Shirbet – fruit and honey beverage was also used during wedding ceremony; a bride sent it to guests, who after drinking it, put money and presents to her tray.

Kazan cuisine which includes culinary traditions of Bulghar, Tatars, Russians, influence of the East and Europe is rich in variable dishes of everyday and festive table. Not only wonderful recipes of national cuisine but also hospitality of people is preserved until nowadays.